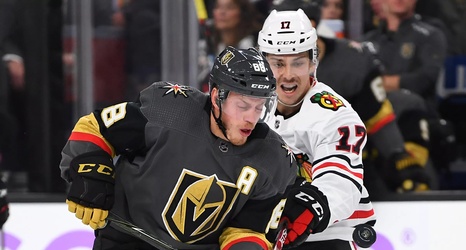 The Blackhawks visit the Golden Knights on Tuesday night in Las Vegas. The IceHogs host the Milwaukee Admirals in Rockford.

Postgame interview scene: Which players are made available and why their comments are rarely insightful (The Athletic)