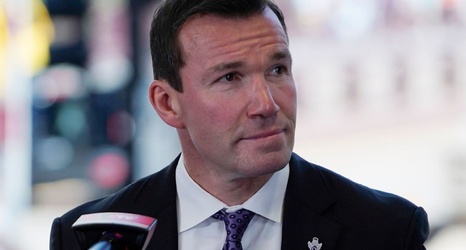 CHICAGO -- The Chicago Blackhawks were one of the NHL's worst teams last season, and their general manager is talking about a potentially long rebuilding process. They are listening to trade offers for their top goal scorer, and the situation at goaltender is murky at best.

"I like a challenge and I'm ready for it," Richardson said.

The Blackhawks think so, too, and that's why they hired Richardson as the 40th coach in franchise history. The former NHL defenseman takes over a team in transition under GM Kyle Davidson, one that has fallen on hard times since it won the franchise's sixth Stanley Cup championship in 2015.