Kirby Dach talks the mental side of his game and more 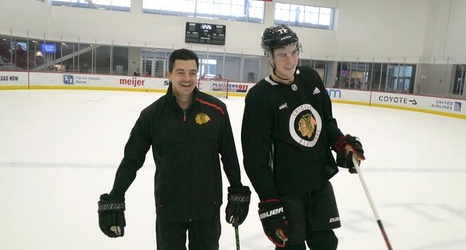 NBC Sports Chicago's Nick Gismondi caught up with Blackhawks rookie center Kirby Dach for a skate and chat discussing Dach's first season in the NHL, growing up on the ice, being mentored by Blackhawks vets and more.

Already more than halfway through his first year, the No. 3 overall pick of the 2019 NHL Draft is holding onto moments from this season that were special to him.

"There's been a lot of things that have kind of stood out to me," Dach said. "Obviously first shift was pretty cool and starting at the UC. It's a whole different atmosphere when you're on the ice and hear the anthem than when you're sitting in the stands or when you're hurt and you're watching the game.