Ian Mitchell Is Exactly What the Blackhawks Need Next Season 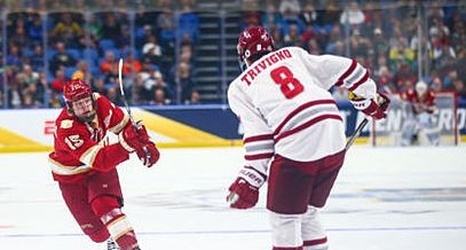 Ian Mitchell looks to captain the Denver Pioneers to a national championship and improve his game before he turns pro. When he joins the Chicago Blackhawks, he will be a major upgrade.

With the announcement that Kirby Dach will remain with the Blackhawks the whole season, and Adam Boqvist’s recent stint on the team, the youth movement is officially underway for a team that hasn’t made the playoffs the past two seasons.

Dach, Boqvist, and the arrival of Alex Nylander highlighted the Hawks’ prospect camp in July as names who were competing for spots on the pro roster.