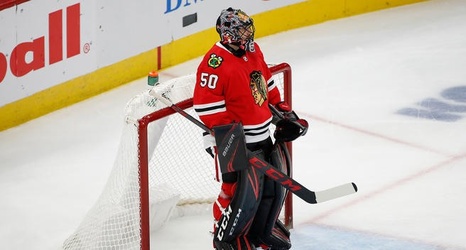 As the Blackhawks head to Edmonton on Sunday to hold a few more practices before the NHL's 24-team postseason is in full swing and they're facing the hometown Oilers, let's take a look at how the Hawks' qualifying round opponent's lineup has materialized at their camp.

Edmonton rolled out lines on Day 1 and there have only been a couple adjustments since, as seen in how personnel was divided for the team's scrimmage on Saturday.

Since before camp even started, the biggest question surrounding the Oilers' lineup was: would Leon Draisaitl and Connor McDavid, the NHL's top two leaders in points during the regular season, be broken up or play on a line together like they did for the first two months this year?