How did the Blackhawks go an entire season with no defenseman scoring a PPG? 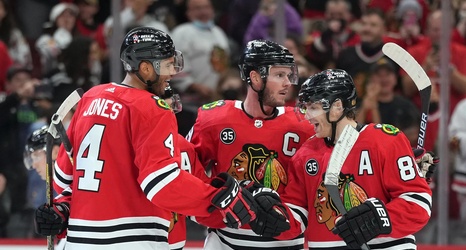 Among the many things that did not happen for the Chicago Blackhawks during the 2021-22 NHL season was a statistical anomaly that hadn’t occurred in just over five decades.

For the first time since the ‘70-71 Buffalo Sabres expansion season, the Blackhawks went a full NHL season without a defenseman scoring a power-play goal.

It was a strange development for a Blackhawks’ power play which certainly wasn’t good but has also been worse. During the 70 games from the pandemic-shortened ‘19-20 NHL season, Chicago’s power play scored just 33 goals in 217 opportunities: a 15.