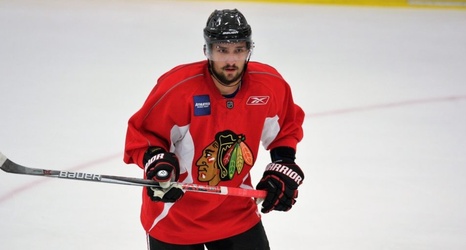 No one had as much on the line as forward Vincent Praplan during Blackhawks prospect camp.

Unlike the other European players attending the camp, Praplan wasn’t actually a Blackhawks prospect. He was a free agent invitee who was traveling from Switzerland to participate in the camp. Praplan, 23, was also the oldest invitee who didn’t have an AHL or NHL contract.

He was promised nothing entering the camp except for an opportunity, and that was all he needed to jump on a flight to Chicago.

When the five-day camp concluded on Friday, Praplan thought he had made the most of his chance.

See full article at The Athletic