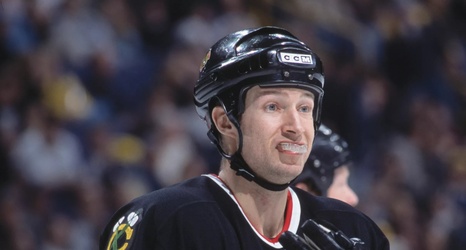 Within hours of being traded to the Blackhawks, Alexander Nylander took on the viral bottle cap challenged and shared it on Instagram, all while wearing a red Blackhawks sweater with No. 92 and Nylander’s name on it.

That sweater probably wasn’t shipped to Nylander from the Blackhawks. It likely belong to his father, Michael Nylander, who skated with the Blackhawks and a slew of other teams during a 15-year career that included 920 regular season games and 47 playoff games in the 1990s and 2000s.

Michael Nylander was a third-round pick (59th overall) by the Hartford Whalers in the 1991 NHL Draft.