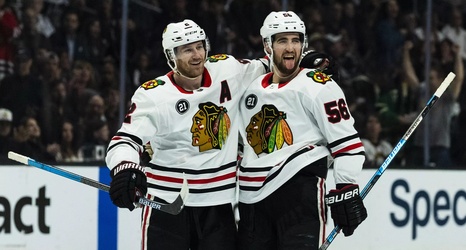 The Blackhawks announced the full attendees list for their 12th annual fan convention Thursday, and it included a few notable omissions highlighted by defensemen Duncan Keith and Erik Gustafsson.

Defensemen Calvin de Haan and Olli Maatta and forward prospects John Quenneville and Aleksi Saarela, who were all acquired via trade this offseason, will attend.