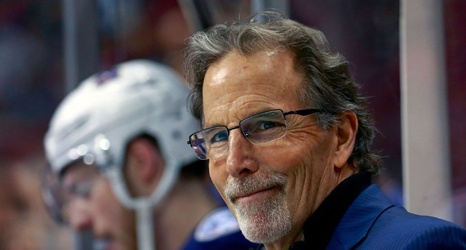 Columbus Blue Jackets coach John Tortorella ripped the game officials and the NHL in a fist-pounding tirade after a 3-2 shootout loss to the Chicago Blackhawks on Sunday.

In overtime, the Blackhawks were called for too many men on the ice with about 19 seconds left. The clock ran down 1.1 seconds after the play was whistled dead, but the time wasn't added back. Blue Jackets defenseman Zach Werenski put the puck behind Chicago goalie Robing Lehner on the ensuring power-play after the buzzer sounded. Had those 1.1 seconds been put back on the clock, the goal likely would have ended the game.