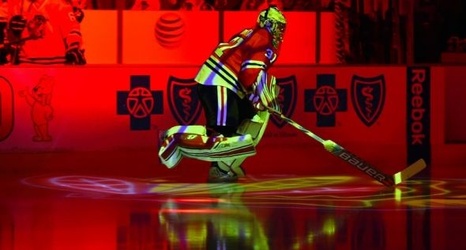 This certainly isn’t the most important thing currently going on with the Chicago Blackhawks this offseason, but it’s another barb to a team that has taken many of them since winning its third Stanley Cup in the last six seasons.

Former backup goaltender Antti Raanta recently spoke with the newspaper Satakunnan Kansa in his home nation, Finland. He had some very unsavory things to say about the Blackhawks and coach Joel Quenneville. The article is here (though it’s in Finnish, and I can’t figure out how to get it switched to English; if you can, you get to read the whole article!