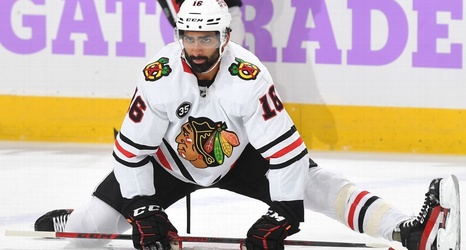 Khaira hasn't played since he was stretchered off the ice following a big hit by New York Rangers defenseman Jacob Trouba on Dec. 7. Khaira spent the night in the hospital, and the team cited the NHL's concussion protocol when it placed him on injured reserve.

The Blackhawks' matchup with the Predators is their first game since Dec. 18.

"Obviously we don't want to be postponed, but I think the postponement of some of these games have helped some guys, especially a player like (Khaira), who's coming off the injury," interim coach Derek King said Tuesday.