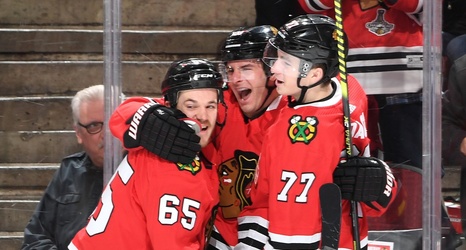 To say the start to the season was a rough ride for the Chicago Blackhawks would be quite the understatement. However, over the last couple of weeks, it appears as though the Blackhawks have started to fill a lot of the holes in their game.

One of the biggest upturns in the Blackhawks game has been the consistent play of their forward group. Regular contributions are coming from every line, and of course, a dominant performance from Patrick Kane.

Much of the Chicago Blackhawks’ success can be attributed to the hot streak that the star winger finds himself in a seven game point streak with four of those games being multi-point games.