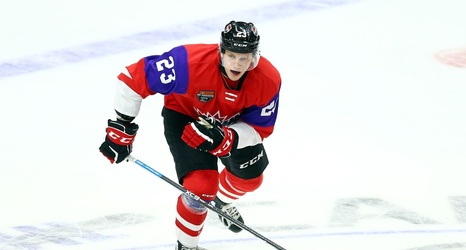 Marco Rossi is an Austrian-born Forward who is slotted to be a top 10 pick in the upcoming 2020 NHL draft. Rossi has played in 43 games for the Ottawa 67’s this season. In those games, Rossi has 30 goals and 64 assists.

Rossi has great hands, a high hockey IQ, and wins the majority of his faceoffs. Rossi has a hard shot for his size and he’s is hard to knock off the puck. He seems to be one step ahead of everyone else.

My early concern for Rossi is his size.