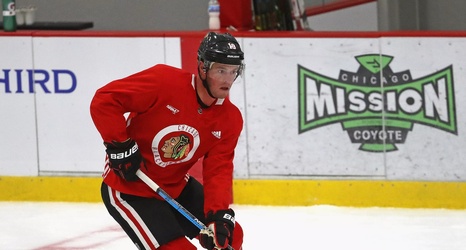 Calvin de Haan and Jonathan Toews returned to practice Thursday for the Blackhawks.

De Haan left for a family emergency July 14 after participating in the first day of training camp. The defenseman skated on his own Tuesday before joining the main group Thursday. Chicago was off Wednesday.

Toews was ruled “unfit to participate” and missed practice and a scrimmage Tuesday, one day after he left practice early to “stay fresh,” according to coach Jeremy Colliton. As part of the NHL Return to Play Plan, a team is not permitted to disclose player injury or illness information.