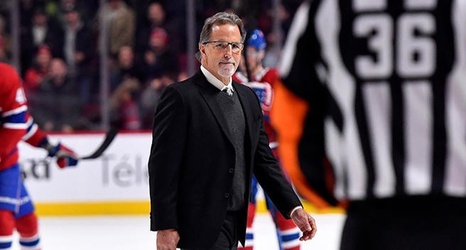 Columbus Blue Jackets head coach John Tortorella was not happy with the officiating crew after Sunday's 3-2 shootout loss to the Blackhawks. And he didn't hold back in his postgame press conference.

Tortorella, who's known for wearing his emotions on his sleeve and having occasional outbursts in the media, was specifically upset about how the referees didn't add time to the clock in overtime when his team was awarded a 4-on-3 power play.

The Blue Jackets eventually fell in a shootout despite taking a 2-0 lead into the third period, but perhaps more importantly, lost starting goaltender Joonas Korpisalo, who's the only goaltender in the NHL this season that has been credited with all of his respective team's wins.