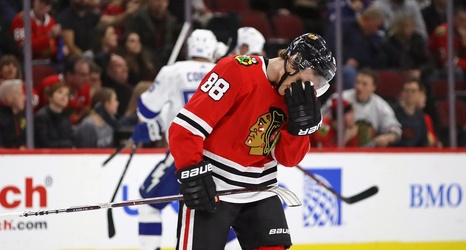 Zack Smith will miss at least three games for the Blackhawks while being out seven to 10 days with a left hand injury.

The forward sustained the injury when he cut his hand on Canucks forward Elias Pettersson’s skate blade after being checked from behind by forward Tyler Myers late in the second period. Smith skated off the ice holding his hand and did not return to the game.

Smith, who has 11 points (four goals, seven assists) in 50 games in his first season with the Blackhawks since he was acquired for forward Artem Anisimov in July 16, has primarily played a fourth-line role.