Blackhawks: Will Adam Boqvist be a top-line defenseman next season? 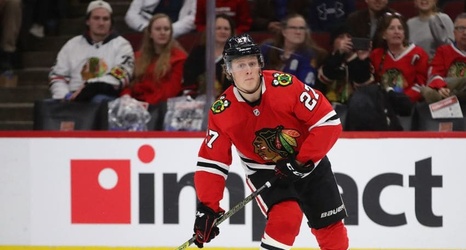 Defensemen have been an issue for the Chicago Blackhawks over the past few years. There are finally some great up and comers on the roster, and one youngster, in particular, has been making a splash.

The Chicago Blackhawks drafted defenseman Adam Boqvist eighth overall in the 2018 NHL Draft. Since that time, he has had expectations on him to quickly make it to the parent club and start producing effectively.

In his first full season of 2019-20, Boqvist started off with the Rockford Icehogs, racking up six points in fifteen games.