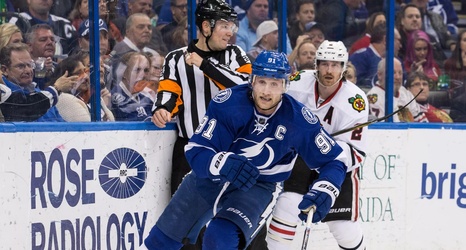 The Blackhawks look to end their eight-game winless streak (0-6-2) in the season series against the Lightning on Thursday at Amalie Arena in Tampa, Florida.

The Blackhawks (27-28-8) held a one-goal lead after two periods against the Blues on Tuesday in St. Louis, but the Blues scored four goals in the third to win their fifth straight, 6-5. Chicago has lost three straight on the road and is 1-6-1 in its past eight road games in February.

Duncan Keith, Patrick Kane and Brandon Saad each scored a power-play goal for the Blackhawks, who are 3-8-2 since a five-game winning streak.