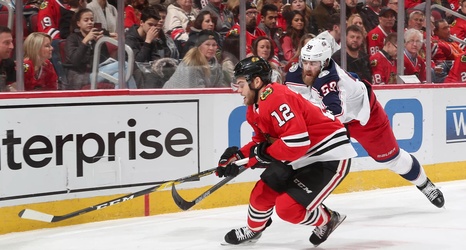 The Blackhawks won a game. Against an undefeated team in the Oilers, who have since won another game. Are the Blackhawks good again?

That’ll be the question as the Blackhawks welcome the Blue Jackets, a .500 team, Friday to the United Center, dropping the puck on four home games in seven days. The Blackhawks need to stay hot, but the Blue Jackets are a team that doesn’t allow much offensive fanfare, and whose defense will make it hard for Chicago to score goals.

At the same time, however, the Blue Jackets have one of the worst goaltending tandems in the league as Joonas Korpisalo owns a .