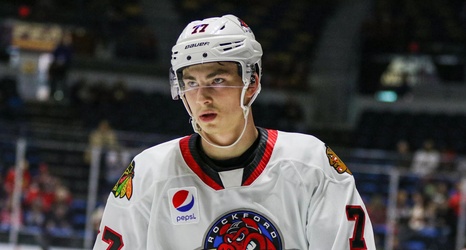 The Blackhawks recalled top prospect Kirby Dach from his conditioning assignment with the Rockford IceHogs in the AHL on Friday night.

Dach, who was selected third overall in this year’s NHL draft, registered seven shots and a minus-1 rating in three games with the IceHogs. The Blackhawks sent him to the AHL so he could work his way back into game shape after being out since Sept. 10 with a concussion he suffered during the seventh-place game of the NHL Prospect tournament in Traverse City, Michigan.