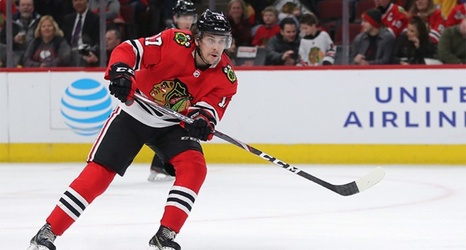 The Blackhawks are still well outside the playoff picture and looking in. But after Friday's 2-1 overtime win against the Nashville Predators that saw Alex DeBrincat score two goals, Corey Crawford make 42 saves and Duncan Keith pass 600 NHL points, they're closer to the window and feeling good about themselves again. "I think we're only six points out so anything can happen, obviously," Blackhawks forward Dylan Strome said. "We were way more than that I think like a month ago or a month and a bit ago, I think we were 10 or 12 out. "Positive things to look at: we've had a little bit of a slump here but still six points out, that's three games and I think we have a couple in hand.