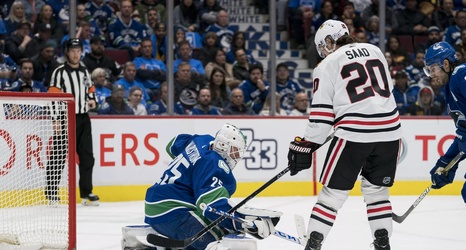 Jacob Markstrom made 49 saves in his fifth straight start for the Canucks to shut out the Blackhawks 3-0 on Wednesday at Rogers Arena in Vancouver.

Corey Crawford made 17 saves on 19 shots for the Blackhawks (25-24-8), who are winless in five straight (0-3-2) and six of their past seven after a five-game winning streak. Chicago had a season-high 49 shots and a season-low 20 shots against, but suffered their fourth shutout loss this season.