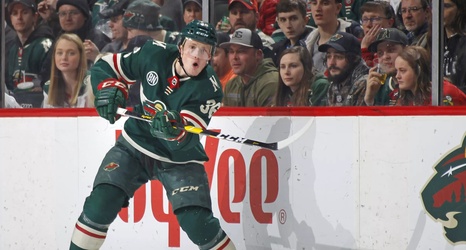 The Blackhawks claimed left-handed defenseman Nick Seeler off waivers from the Wild on Monday, and in a corresponding move reassigned defenseman Dennis Gilbert to the Rockford IceHogs in the AHL.

Seeler, 26, is signed through the 2020-21 season with a $725,000 salary cap hit. The 6-foot-2, 201-pound blue liner was the odd man out of the lineup for most of the season, appearing in only six games, including one in which he dressed as an extra defenseman and skated two shifts.

Seeler, a stay-at-home defenseman, had two assists in six AHL games with the Iowa Wild in January during his conditioning stint.