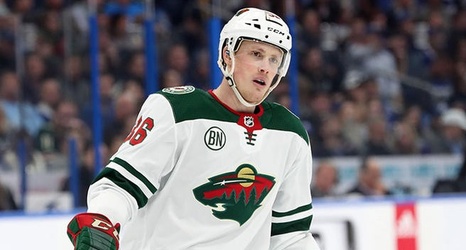 The Blackhawks announced Monday morning that they have claimed defenseman Nick Seeler off waivers from the Minnesota Wild. His contract runs through the 2020-21 season and carries a cap hit of $725,000.

Seeler doesn't have much offensive upside, but he's known to be a physical defenseman. The 26-year-old Minnesota native appeared in only six games for the Wild this season after being passed up on the depth chart and was expected to report to the Iowa Wild of the American Hockey League for the second time in the last month if he cleared waivers.

He didn't, and Wild coach Bruce Boudreau told the Pioneer Press on Sunday that he would be happy for Seeler if another team takes a chance on him.