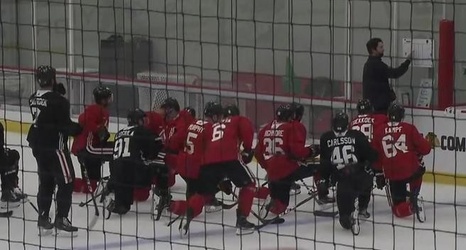 The Blackhawks, who are just three days away from traveling to Edmonton for the NHL's 24-team playoffs, got some good news on the ice Thursday when defensemen Calvin de Haan and Connor Murphy both participated in the team's practice.

De Haan, who had been away dealing with a family emergency after participating in Day 1 of camp, joined the Hawks' for Thursday's full practice. He first returned to the ice on Tuesday ahead of this Wednesday's off-day, working out at Fifth Third arena's other rink during the team's session.