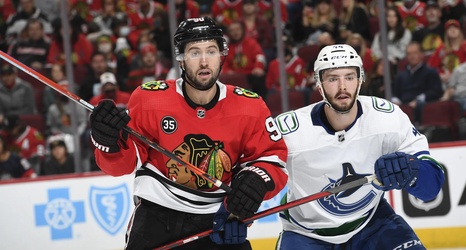 The Blackhawks announced a trio of medical updates on Friday morning.

Forward Jujhar Khaira did not practice with the team Friday due to a non-COVID related illness. He has not been ruled out for Saturday’s game in New York against the Rangers.

Defensemen Connor Murphy has been placed in concussion protocol. He was injured after a hit along the boards during Thursday night’s game against the Washington Capitals.

Forward Tyler Johnson underwent neck surgery Friday morning and is expected to miss about three months. He has only suited up for eight Blackhawks games before he took a cross-check to the neck in the October 29th game versus the Carolina Hurricanes.