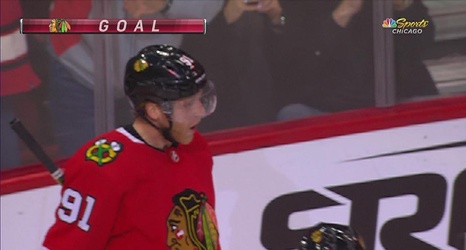 The Blackhawks didn’t start off well. In the first period, they let the Blue Jackets get off to a hot start, and the early shot count was 6-1 Columbus. The Blackhawks slowly caught up, but it was Robin Lehner standing tall that allowed Chicago to stay in the game.

Own zone turnovers were a problem early, as the Blackhawks had four in the first period (three from defensemen) and the Blackhawks weren’t able to get the puck out of their own zone.

But when they eventually did, Drake Caggiula scored on a knucklepuck that was deflected off a Blue Jackets defender and bounced off the crossbar before going in.