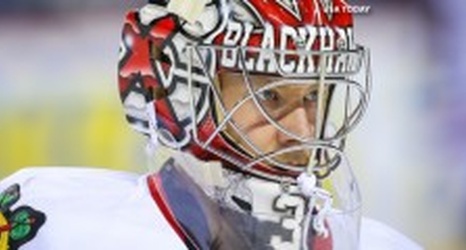 Apparently goalie Antti Raanta was masking his feelings during the Blackhawks' Stanley Cup run this year.

According to a Finnish paper, Satakunnan Kansa, Raanta, who was traded to the New York Rangers this offseason, admitted he was rooting against the Blackhawks during the playoffs this year. Here's an excerpt Yahoo! Sports got from the story:

“I was really hoping Nashville would beat us in four games and I could get back to Finland. I was [so pissed off] about how Chicago was treating me.”

According to Raanta, Blackhawks were suffering of weak team spirit and head coach Joel Quenneville didn't seem to like him.