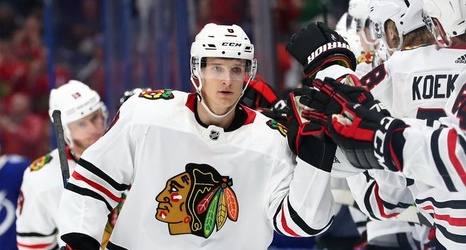 Dominik Kubalik had a hat trick to help the Blackhawks to a 5-2 victory over the Lightning in Tampa Bay. Here are four takeaways:

Rookie with the hatty

Blackhawks rookie Kubalik, 24, earned his first NHL hat trick in Thursday's game in Tampa Bay, with his third goal being on the empty net for the final score. All three of his markers came in the third period.

Brandon Saad and Slater Koekkoek also found the back of the net in the third period to assist Kubalik in giving the Blackhawks a 5-2 lead off of five-unanswered third-period goals after trailing 2-0.