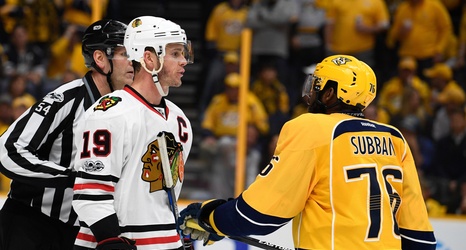 Out of all the new faces on the Chicago Blackhawks’ roster, Kubalik might be the most unknown. That was until last night’s preseason game against the Detroit Red Wings. Let’s jump in and get you all acquainted with a potential breakout player in 2019-20, Dominik Kubalik.

Dominik Kubalik is 24-years-old and has played the last few seasons in the National League. Kubalik put up 57 points in 50 games last season for HC Ambrì-Piotta and was named MVP. Kubalik has the potential to be something in the NHL, similar to what Artemi Panarin accomplished when he joined the Chicago Blackhawks.