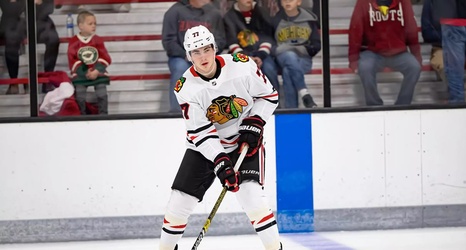 Blackhawks top prospect Kirby Dach was back on the ice Friday skating on his own one week after being placed in concussion protocol.

Dach skated with Blackhawks assistant strength and conditioning coach Patrick Becker, who had the No. 3 overall pick in this year’s draft go through some drills while the rest of the team practiced on the other rink at Fifth Third Arena.

“Good that he could get out there,” coach Jeremy Colliton said. “Not going to get too excited about it, but it’s not a bad thing. We’ll just see how the next little while plays out.