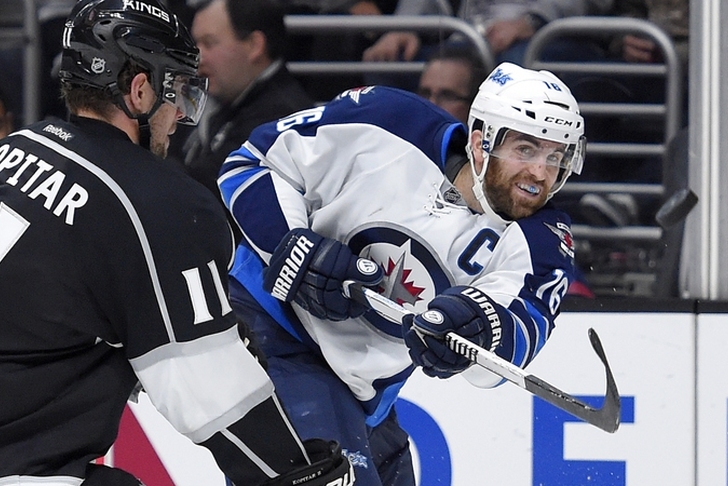 The Chicago Blackhawks are putting their chips in the middle of the table in hopes of landing Winnipeg Jets star winger Andrew Ladd via trade, but they have some competition on the market as they work to piece together a potential deal.

According to Mark Spector of Sportsnet, the Anaheim Ducks could be a major player for Ladd before the January 29th Trade Deadline, potentially pushing the Blackhawks to up the ante in negotiations with Winnipeg:

“One, Chicago is very hot on Ladd, and getting the player that one of your chief opponents covets is simply good business.

"Two, the Jets are believed to want a defenceman in any Ladd deal, and there is no team in the NHL better stocked to make that happen than the Ducks.”

With Tampa Bay having pulled Steven Stamkos off the market, Andrew Ladd is the biggest name currently being dangled on the trade market. He's had an off season by his lofty standards in 2015-16, posting a -10 plus/minus with 15 goals and 17 assists. More Blackhawks news and rumors inside Chat Sports' iPhone and Android apps!

Regardless of this year's drop in overall effectiveness, Ladd is a top-line winger who can be had at a fraction of his already team-friendly $4.5 million salary. Landing Ladd would also give Chicago a leg up in potential talks with Ladd before or after he hits unrestricted free agency this summer.