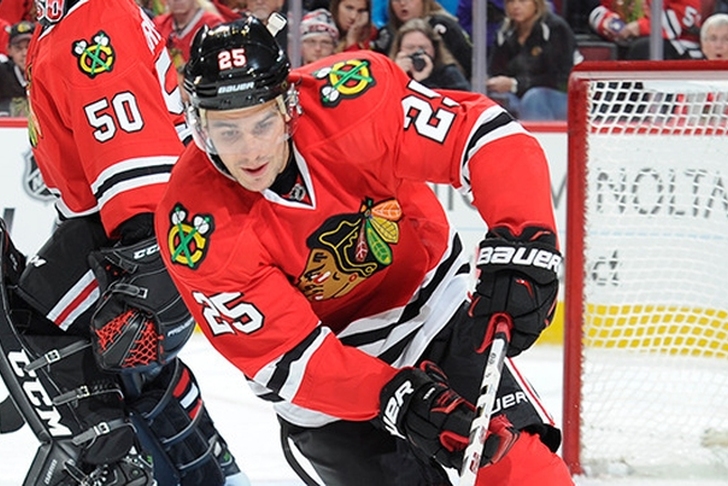 The Chicago Blackhawks made one last trade that snuck in just before the deadline, sending forward Corey Tropp to the Anaheim Ducks in exchange for Tim Jackman and a 2017 seventh-round pick.

Chicago acquired Trodd in the trade that sent Brandon Saad to the Columbus Blue Jackets in the offseason, but he never appeared in a game for them, spending the whole season in the AHL.

It's no surprise then that the Blackhawks have immediate re-assigned Jackson to the AHL's San Diego Gulls.