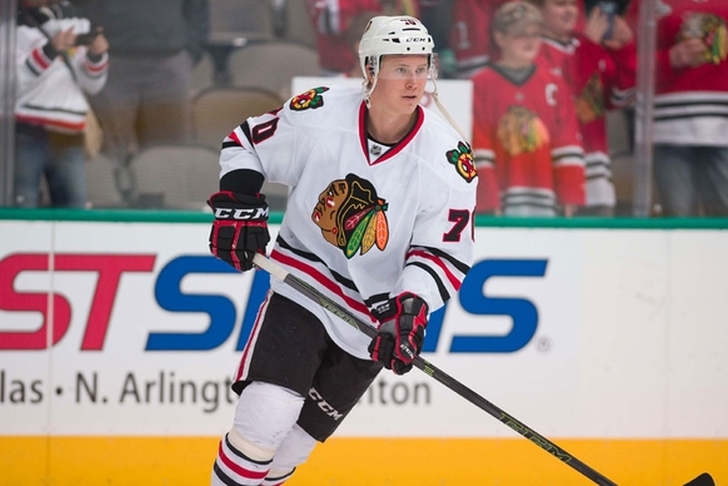 The Chicago Blackhawks are attempting to bring back restricted free agent forward Dennis Rasmussen, although a deal has not yet been reached. However, it appears the Blackhawks are in good position to retain Rasmussen.

Source: #Blackhawks and Dennis Rasmussen's camp have had lots of discussions. Both want him to return. Waiting for cap/expansion draft, tho.

Rasmussen's qualifying offer would be the new league minimum of $650,000, and if the #Blackhawks QO him, he'll almost certainly be back.

Rasmussen had only four goals and four assists this year, but he did score in the playoffs. He's not a front-line forward, but he does provide the depth the Blackhawks need. With Marcus Kruger apparently on his way to Vegas, the Blackhawks could use someone like Rasmussen.

With a qualifying offer of just the league minimum, Rasmussen is a cheap option for a Blackhawks team with limited salary cap space. He'll turn 27 early in July.

Check out our Chicago Blackhawks team page for all the latest Blackhawks Rumors or download the Chat Sports App!