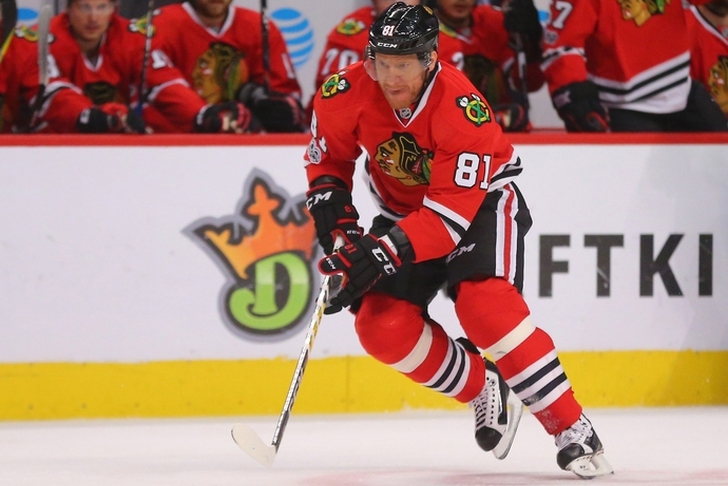 The Chicago Blackhawks have been as busy as any team in the NHL over the course of the past week, and that has continued in the final hours before tonight's draft. Here are all the latest news and rumors you need to know:

Blackhawks make pair of surprising trades
Chicago made two trades on Friday morning, parting ways with Niklas Hjalmarsson and winger Artemi Panarin, among other assets. Here are the details of those trades, courtesy of ESPN:

The Panarin trade brings back former Blackhawks winger Brandon Saad, who spent the past two seasons in Columbus after starting his career in Chicago as a 2011 second-round pick. The Blackhawks also sent Tyler Motte and a 2017 sixth-round pick to the Blue Jackets in return for Saad, Anton Forsberg and a 2018 fifth-rounder.

Both Panarin and Saad carry a $6 million cap hit, but Saad is signed through 2020-21, two years longer than Panarin.

The Blackhawks received defenseman Connor Murphy and center Laurent Dauphin from the Coyotes [for Hjalmarsson]. Murphy, 24, had two goals and a career-high 15 assists in 77 games with Arizona last season. Dauphin, 22, has appeared in 32 NHL games over the past two seasons.

Hjalmarsson finished with five goals and 13 assists in 73 games last season, while Panarin had 31 goals and 43 assists while playing in all 82 games.

Could Chicago deal Marian Hossa's contract?
With news that Marian Hossa will be out for next season - and that his career may be over - thanks to a skin disorder, Chicago is left with his contract without any production. However, it looks like the Blackhawks are going to try to trade his contract to a team willing to absorb it, according to Chris Nichols.

Friedman: "I wouldn't be surprised if the Hossa contract goes somewhere too. Chicago does what it needs to get the contract off the books."

Follow our Chicago Blackhawks team page for all the latest Blackhawks news!