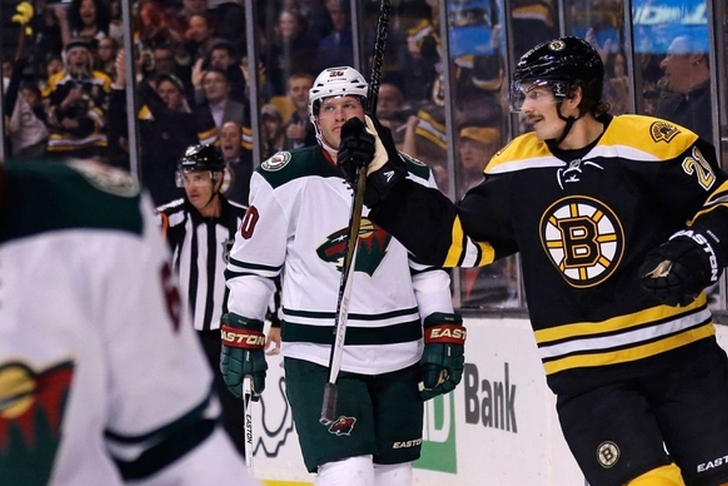 The Chicago Blackhawks are hot in pursuit of Winnipeg Jets star winger Andrew Ladd. This we know to be true, or at least that's what we're being told.

However, there are four other left wingers likely to be atop Chicago's target list before the January 29th NHL Trade Deadline (per TSN's Insider Trading and ESPN's Pierre LeBrun):

All four are rental options, but there's a good chance that the Blackhawks would aim for a long-term extension with every player on the list except perhaps for the veteran Staal.

Boedker is one of the most coveted young wingers on the trade market right now, with 1/3 of the league currently connected to the Arizona star on the trade market. His $3.75 million cap hit would push the Blackhawks right up against the salary cap ceiling, but his upside and production makes him a worthwhile gamble.

Eriksson is a 50/50 deadline shot, considering that the Bruins are likely to at least engage him in extension talks before the deadline. If no progress is made, he's a very plausible option.

As for Drouin, ESPN's Pierre LeBrun reports that the Blackhawks already engaged the Lightning in talks about the 20-year-old talent -- however, negotiations are said to have stalled for now.