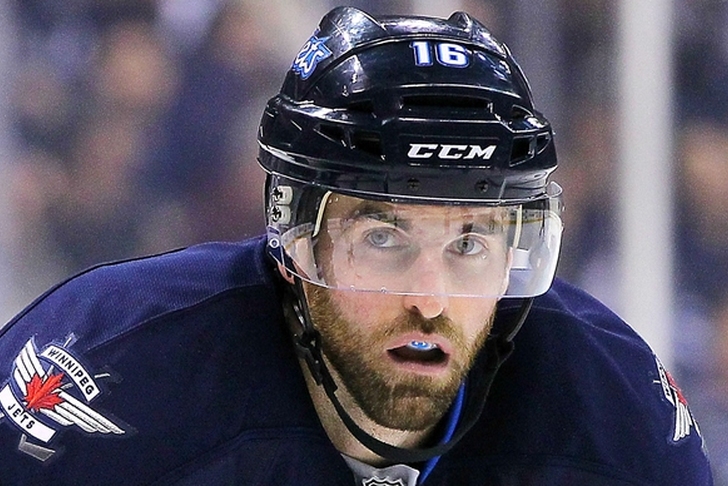 The NHL Trade Deadline is less than two weeks away, which means it's time to sit back and assess where each NHL team sits in the buyer/seller spectrum as the days tick down. With that in mind, let's take a look at the Chicago Blackhawks and the rumor mill surrounding their current deadline wheelings and dealings.

The Carolina Hurricanes have been shopping former franchise cornerstone Eric Staal for some time now, but haven't been able to put anything together with a hefty $8.25 million cap hit attached to the soon-to-be unrestricted free agent.

Staal's market has shrunk from both an as-needed standpoint and cost standpoint, but Mark Easson of My NHL Trade Rumors believes an aggressive Chicago Blackhawks front office could potentially be a fit as we get closer to the deadline:

"What about the Chicago Blackhawks? They are a team that isn’t afraid to go for it. Salary would have to go back, and no, not Bryan Bickell."

Staal has posted a plus/minus of -10 or more in four of his last five full seasons. He's even for 2015-16, but his overall production (9 goals, 21 assists this year) is waning. More Blackhawks trade rumors inside the Chat Sports iPhone and Android apps!

Other teams Easson believes could emerge as suitors include the Colorado Avalanche and New Jersey Devils.

Other Big Names In Sight?

As Mark Lazerus of the Chicago Sun-Times points out, the Blackhawks don't have a lot of salary cap wiggle room to work with right now. However, they did free up some leeway by demoting Rob Scuderi to the AHL, and they might be willing to shed even more salary (and a couple of top prospects_ if they can get a top-line winger via trade.

“As a team, if there are some areas where we could help our team, we’d be definitely looking at,” head coach Joel Quenneville said recently, via Lazerus. “If there’s some players coming in, I”m not opposed to that one bit. … I think up front we could use a player or two.”

With Marian Hossa on the shelf for a couple of weeks, there are four names the Blackhawks could target as both a contingency plan and an overall boost heading down the stretch: Andrew Ladd, Mikkel Boedker, Kris Versteeg and P.A. Parenteau.

Ladd is currently the biggest "available" name on the market with Tampa Bay's Steven Stamkos pulled back, and the Winnipeg Jets star require a small fortune in assets for the Blackhawks to make a deal.

However, Chicago would be getting him on a budget salary for the remainder of the season (a portion of his $4.5 million ledger), along with getting a jump start on potential long-term negotiations as Ladd heads towards unrestricted free agency this summer.