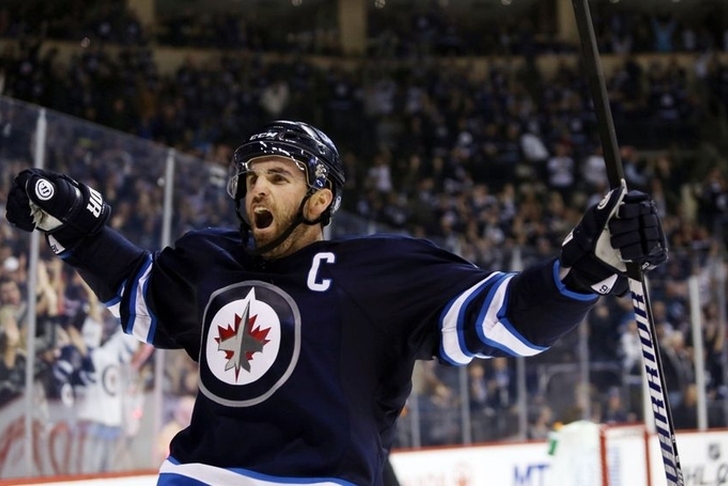 The NHL Trade Deadline has had it's first major trade. The Chicago Blackhawks have acquired Winnipeg Jets forward Andrew Ladd in a blockbuster deal.

The Blackhawks will send prospect Marko Dano, a first round pick and a conditional 2018 draft picks. The Jets will send Ladd, forward Matt Fraser and defenseman Jay Harrison. Both Harrison and Fraser will join Chicago's AHL team.

That's a sizable haul for the Jets, who will also pay a third of Ladd's salary $4.4 million cap hit. Dano and the first rounder are the main prizes of the deal for the Jets. Dano was acquired by the Blackhawks in a trade with the Columbus Blue Jackets that sent Brandon Saad to Columbus. The 21-year old Dano has a bright future as a forward.

It's a return to Chicago for Ladd, who played for the Blackhawks from 2007-10. He won a Stanley Cup with the team before the Blackhawks moved him to help free up cap space, as the team is often forced to do.

Chicago was looking for another forward to put in its top six and it found one in Ladd, one of the top rentals on the market. Ladd could join Jonathan Toews and Marian Hossa on Chicago's first line.