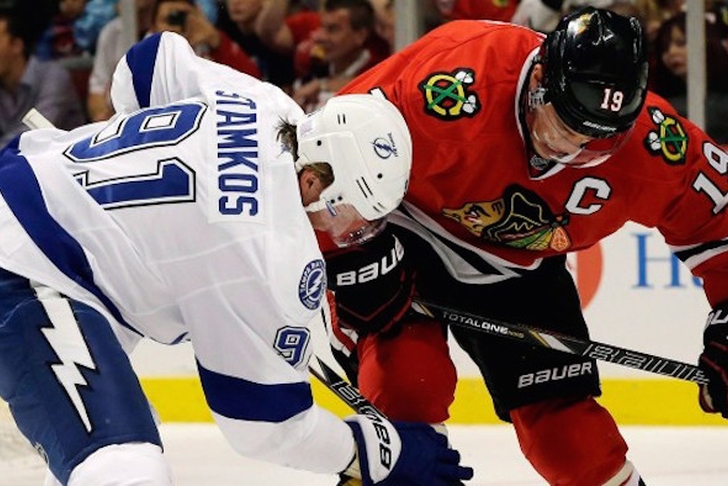 The Chicago Blackhawks and Tampa Bay Lightning are set to do battle in what should be an epic Stanley Cup Final, and both sides are ready to get started after beating the Anaheim Ducks and New York Rangers, respectively, in seven games. What can we expect in Game 1?

Keys to the game:

Tampa Bay led the NHL in scoring this season as 11 different players scored 10 or more goals, and Chicago has extremely limited depth on defense. The Blackhawks usually rely on four defensemen (compared to the customary six), so they're going to have to stay fresh if they want to slow down the Lightning's attack.

The Blackhawks had one of the better road records in the NHL this season (24-16-1) and have won two of their last three road games in the postseason, while Tampa Bay is just 5-5 in home games during the playoffs. The Lightning need to turn that trend around if they want to win this series.

This Tampa Bay squad will come out strong in the first period as they look to make a statement at home, but Chicago's experience on the big stage will help them climb back into the game and win with a late goal in the third period.