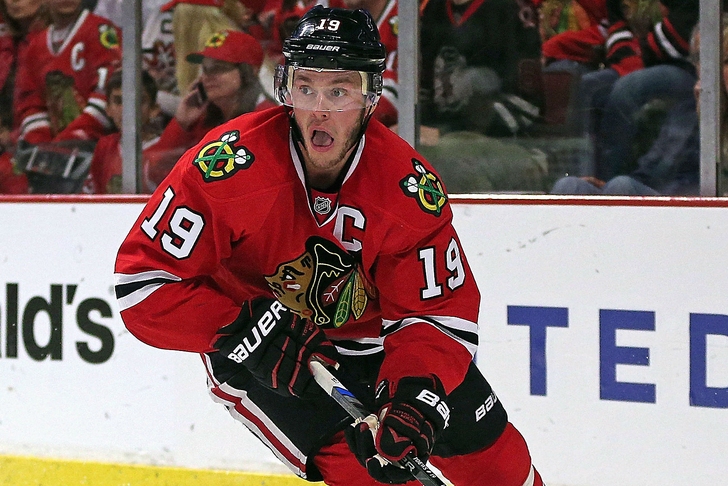 For the second-straight game of the 2015 Stanley Cup Final, the Chicago Blackhawks and Tampa Bay Lightning entered the third period of Game 4 all knotted up at one.

However, this time it was Chicago and not Tampa who brought the magic to the third period, as Patrick Saad's game-winning backhander off a brilliant Patrick Kane assist proved the difference in Chicago's 2-1 win on Wednesday.

This is just the third Stanley Cup Final in history where each of the first four games have been decided by one goal.

The series is now tied at two heading back to Florida for a massive Game 5.

We'll call it a key thirteen-plus minutes for Blackhawks goalie Corey Crawford. Once again when the chips were down, the sometimes underappreciated netminder stood on his head late to shut down the normally high-powered Lightning offense. Tampa's vaunted triplets were no match late for both Chicago's blue line persistence and Crawford's zeroed-in focus which manifested itself with a string of EPIC saves with under two minutes left.

As Toews goes, so do the Blackhawks. His chip-in in the second off a beautiful Marian Hossa assist opened the scoring while sending the United Center into a frenzy. Brandon Saad would get the game-winner, but Toews' tally provided the opening wave of on-ice emotion for a desperate Chicago side.

The other star? Of course it's Corey Crawford who drew excited gasps with his clutch late-game heroics.

Killorn has been money in these playoffs. His 9th goal of the postseason and 2nd-period equalizer silenced 22,000+ Blackhawks fans in an instant.

The series heads to Tampa after two days of rest for Saturday's Game 5. The puck drops shortly after 8pm EST on NBC.