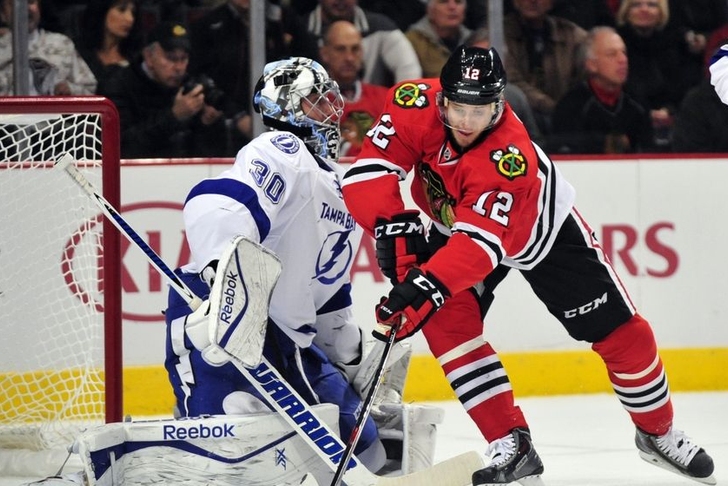 In a blink the Tampa Bay Lightning's 1-0 lead in Game 1 of the Stanley Cup Final became a 2-1 loss, as Chicago Blackhawks goals from Teuvo Teravainen and Antoine Vermette in the last half of the 3rd period dashed the Lightning's hopes and swung home-ice advantage in favor of the visiting Hawks.

The Lightning will be a desperate bunch in Game 2 as they look to avoid going down 2-0 heading back to the Windy City? Can they even things up? Here's our Blackhawks vs. Lightning Game 2 Preview & Prediction

Toews didn't hit the scoreboard in Game 1, but that's not likely to be a going theme in these Finals. Toews singlehandedly crushed the Anaheim Ducks' spirits with two goals early in Game 7 of the Western Conference Finals. He'll look to do similar work in a pivotal Game 2 home game for Tampa Bay.

If you haven't watched Killorn's insane redirect goal in Game 1 multiple times on YouTube yet, you're just not doing it right. Steven Stamkos gets a ton of the publicity for the Lightning - and rightfully so - but Killorn and his eight goals have been a thorn in the sides of opposing blue lines all playoffs long. If Killorn can continue set the tone, Tampa Bay has a good chance of escaping Florida with a split.

Keep an eye on Tampa Bay's effort plays. Against the NY Rangers, the Lightning dove in front of puck after puck to rack up the shot block totals. Chicago's just as gritty as Tampa is, however, so the Lightning will have to up their little-things quotient a few notches to get this series knotted up.

Tampa Bay's offense is a powder keg waiting to explode. They did it plenty of times during the Rangers series and we don't expect much less here. Expect them to pepper Corey Crawford early and often en route to a high-scoring victory.