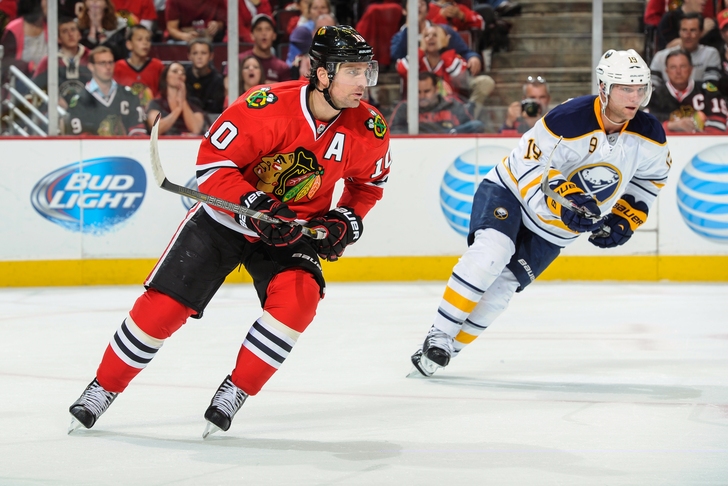 The Chicago Blackhawks and Washington Capitals "have had dialogue" on a potential trade centering on Blackhawks forward Patrick Sharp, according to a report by Chris Kuc of the Chicago Tribune:

Source: #Blackhawks and Capitals have had dialogue about possible trade involving Patrick Sharp.

It's unclear how far trade talks have actually progressed or what kind of return Chicago GM Stan Bowman is seeking for such a deal. However, Sharp has been the subject of trade rumors for quite some time now, so it's plausible that things could heat up in a big way prior to Monday's NHL trade deadline.

The Washington Capitals have plenty of young pieces to choose from if Bowman decides to go that route in a Sharp trade, but there's also the slight possibility that the Blackhawks GM could angle for a significant return in the form of Caps defenseman Mike Green.