Blackhawks Rumors: Brent Seabrook to be suspended for multiple games? 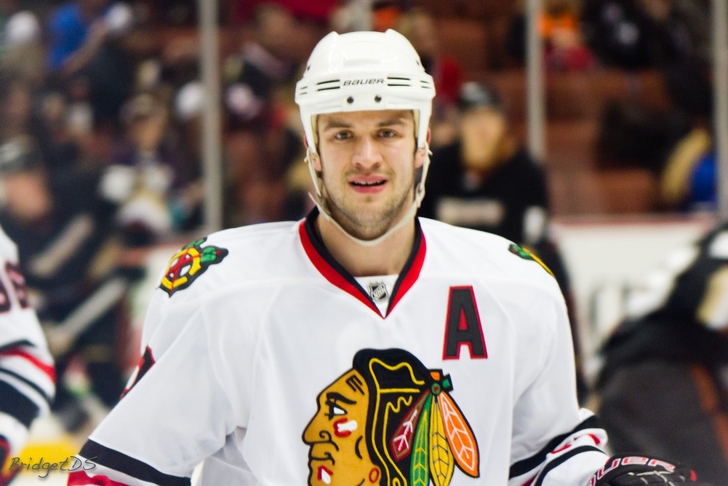 In Blackhawks rumors today, Chicago Blackhawks defenseman Brent Seabrook will have a phone hearing with the NHL league offices on Sunday, in regard to his hit on St. Louis Blues captain David Backes on Saturday.

Per Tracey Myers of CSN Chicago, "with less than five minutes remaining in regulation, Seabrook hit Backes high along the glass. Backes was down for several moments, and struggled to stay on his feet when he did get up. Seabrook was called for a five-minute charging as well as a 10-minute game misconduct."

Seabrook showed concern for Backes after the game, hoping that he was okay. Seabrook has been felled by such hits before, taking a dirty hit from James Wisniewski in 2010 which got Wisniewski suspended for eight games.

The league office is considering supplemental infractions such as charging or interference which could possibly extend Seabrook's suspension into multiple-game territory.

“It doesn’t feel good to see a player like that lying there like that and whatnot, and knowing that I hit him. It wasn’t my intent. I thought it was a hit; it’s a physical series. Hits have been laid like that from both sides the whole series. We’ll see what happens.”

Your Blackhawks rumors whenever and wherever you want them. Download our new Chat Sports iPhone app and follow our Blackhawks team page today.