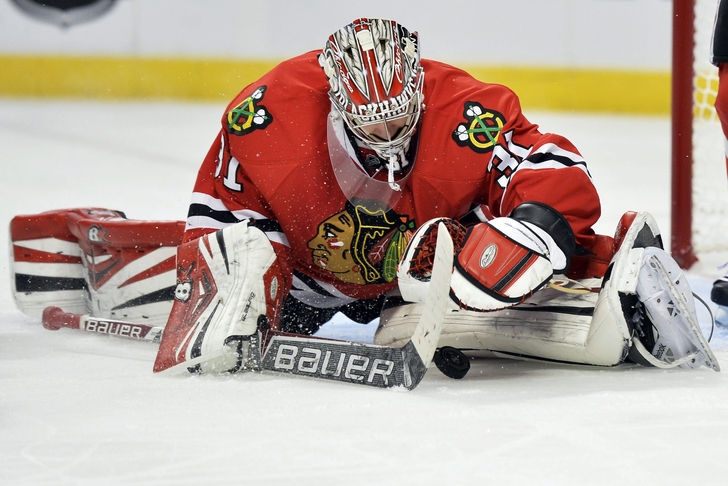 The Chicago Blackhawks have been extremely active prior to Monday's NHL trade deadline, and it looks like they may not be done wheeling and dealing quite yet.

Following his recent demotion, backup goalie Antti Raanta might be available via trade with less than 24 hours to go until Monday's 3pm EST cutoff. Here's Mark Lazerus of the Chicago Sun Times with the report:

The second-year Finn was demoted to Rockford following last Sunday’s loss to Boston, in which he gave up two goals in relief of Corey Crawford. That, combined with Scott Darling’s call-up and two-year contract extension fueled speculation that Raanta could be on the trading block as the Monday deadline nears; Edmonton defenseman Jeff Petry is believed to be one possible target. The Oilers were among the many teams pursuing Raanta two summers ago after he dominated in Finland, and reportedly were among his three finalists.

The Blackhawks have pulled off three different trades over the span of three days, acquiring defenseman Kimmo Timonen from the Philadelphia Flyers and forward Antoine Vermette from Arizona while shipping off defenseman TJ Brennan to the Toronto Maple Leafs.

Whether they have one more move in them or not, Antti Raanta's future with the franchise remains up in the air until proven otherwise.