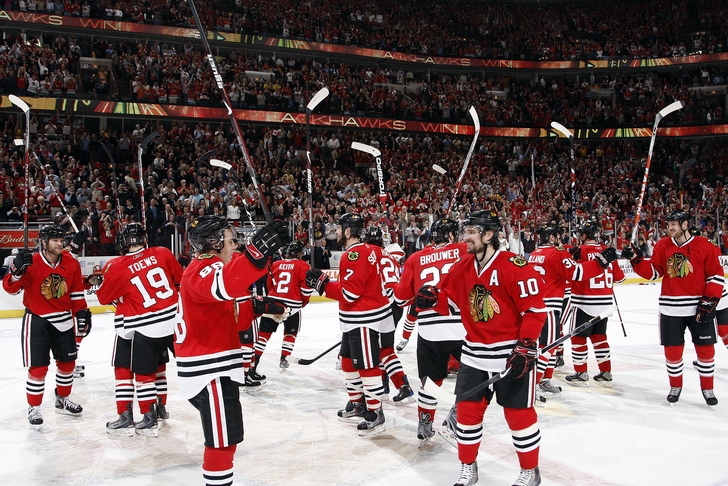 Blackhawks news is always accustomed to winning when it counts. However, it is the way the Chicago Blackhawks are winning lately which may pay huge dividends for the club down the road.

As Scott Powers reflects upon in his latest article for ESPNChicago.com, "the Chicago Blackhawks are not only winning without Kane and Toews, who are both out until the playoffs, but are also succeeding at another level than when the two injured stars were in the lineup in recent months."

The Blackhawks have won three straight without their two star players, which could mean great things for the club when they get their two world-class talent back in the line rotation.

“I thought three games in a row we played the exact same way,” Blackhawks coach Joel Quenneville stated in the article. “Played the right way, worked hard, very effective, efficient. Everybody contributed and scored some ugly goals. Played the right way to get rewarded.”

Perhaps learning how to do that without Jonathan Toews and Patrick Kane will play the biggest factor in keeping the momentum going at full-health come playoff time.

Get your Blackhawks news, whenever and wherever you want. Download our new Chat Sports iPhone app today, and follow our Blackhawks team page.