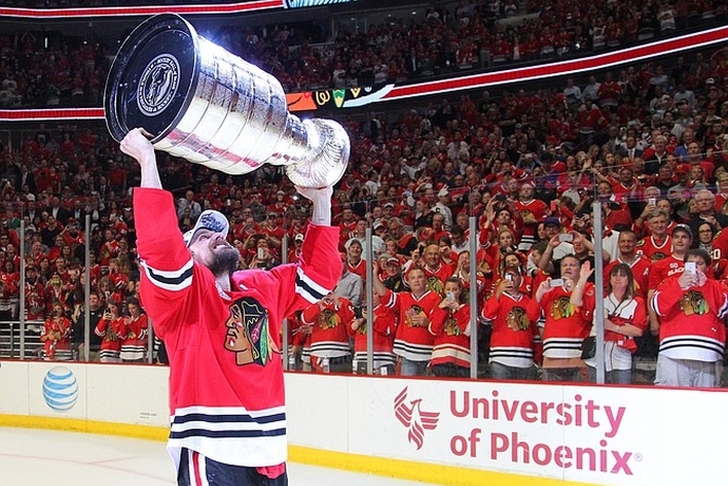 Chicago is one of the best sports cities in America, and is home to some of the most noted franchises in their respective leagues. Those teams have given Chicago fans plenty of reasons to celebrate over the years, but a few of those moments stick out. Here are the best moments in Chicago Sports history:

The White Sox brought the city of Chicago their first World Series since 1917 by sweeping the Houston Astros in 2005.

5) Michael Jordan and "The Shot"

MJ was still trying to prove himself in 1989, and he quieted some of his critics in the Bulls' first-round series against the Cleveland Cavaliers. "The Shot" sent Chicago to the second-round, and while they didn't win a title that year, it remains one of the most clutch shots in NBA history.

The 1985 Bears are widely considered to be one of the best - if not the best - team in NFL history, and they brought home the franchise's first and only Super Bowl.

The 2013 Stanley Cup Finals seemed destined for a Game 7 with the Boston Bruins up by one goal over the Blackhawks with less than two minutes remaining, but Chicago pulled off one of the most stunning comebacks in the sport to win their second championship in four years.

Everyone seemingly knew that the 1998 season would be the last for Michael Jordan, Scottie Pippen, and Phil Jackson in Chicago as the Bulls were trying to win their sixth title in eight years. A tough Utah Jazz squad was looking to crash the party, but Jordan hit the most iconic shot in NBA history - his final shot in a Bulls uniform - to give Chicago another ring.

Chicago has won the Stanley Cup six times, and while their previous entry on this list is obviously the most exciting, the Blackhawks won the Cup for the first time on their home ice this year - the first time in 77 years - creating a giant party throughout the city.