What We Know About The Chicago Bears After 12 Games 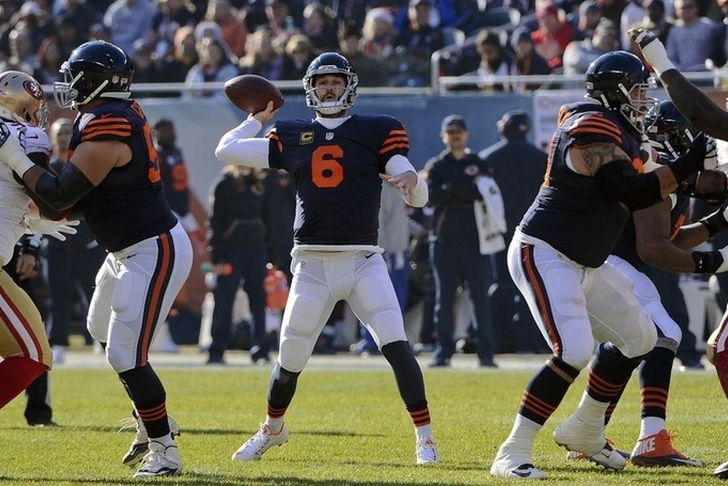 The Chicago Bears have been surprisingly successful so far this year, posting a 5-7 record through their first 12 games of the season, giving them an outside shot at making the playoffs this season. Here are three things we've learned about them so far this year.

3) Jay Cutler is not the problem

Cutler has rebounded in a big way from a disappointing 2014 season, passing for 2,712 yards, 14 touchdowns, and seven interceptions while leading the Bears to multiple fourth-quarter comeback victories. He's come up big time and time again for Chicago, and has actually emerged as a real leader. Offensive coordinator Adam Gase has really gotten the best out of Cutler, and it's showing both on and off the field this season.

2) Jeremy Langford is the running back of the future

There has been a lot of speculation about the future of running back Matt Forte with the team, but the play of rookie Jeremy Langford has been a revelation for the Bears. If Chicago ends up trading Forte this offseason - they were rumored to be shopping him before the trade deadline - Langford's play over the last six games (323 rushing yards, four touchdowns, 210 receiving yards, one touchdown) has shown that the Bears' backfield is in good hands long-term.

1) John Fox has changed the culture

The 2014 Bears were a mess under Marc Trestman, and it's been a night-and-day difference this year under Fox. Chicago hasn't had any effort problems on the field - something that plauged them last year - and the entire roster has bought into their system. The Bears needed to re-establish structure within the organization and a winning culture, something Fox has done.