Why the Bears keep their trick plays locked away 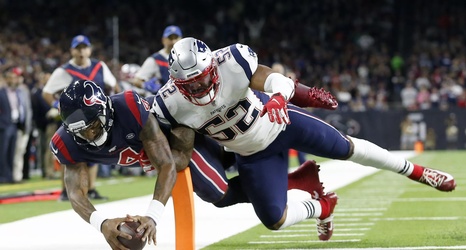 If the Texans’ trick play Sunday night looked familiar to Bears fans, it was.

On first-and-goal from the Patriots’ 6, quarterback Deshaun Watson took a shotgun snap and handed the ball off to running back Duke Johnson, who gave it to wide receiver Deandre Hopkins, running left to right on a reverse. As he was about to be tackled, Hopkins threw an option pitch to Watson, who ran for a score.

The play was precisely what the Bears ran on a two-point conversion against the Vikings on Oct. 9, 2017. Quarterback Mitch Trubisky handed off to Jordan Howard, who gave the ball to Zach Miller.