Who’d you rather have? RBs Jordan Howard, David Montgomery coming off season highs 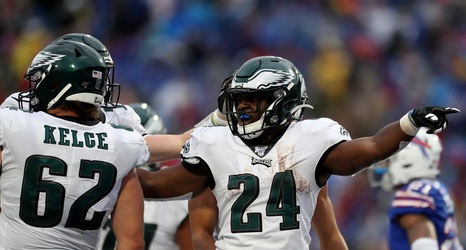 David Montgomery doesn’t pay attention to what’s said about him.

“I could care less about accolades,” he said Wednesday. “I would want to win more than any of that.”

The Bears’ rookie running back, though, picked the perfect time to have a career game. By rushing 27 times for 135 yards on Sunday, he spared his team from having to answer yet another uncomfortable question this week.

Statistically, Howard is having a better season than Montgomery. He’s run 100 times for 443 yards and five touchdowns, while Montgomery has 98 for 366 and three scores. The rookie, though, has the momentum entering Sunday’s game in Philadelphia.